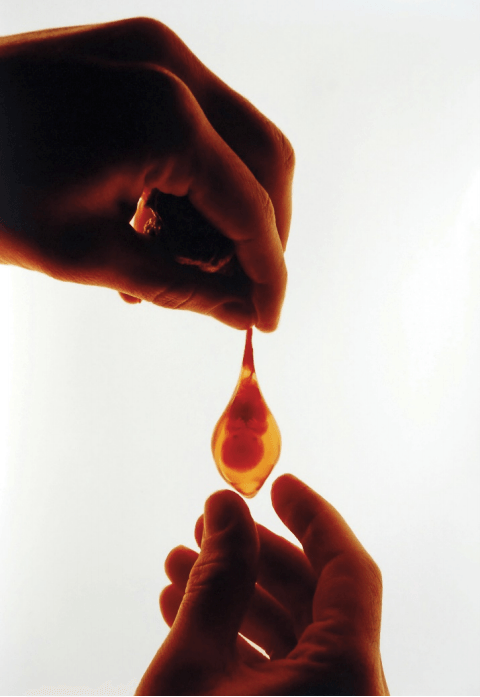 “Eleven years ago while administering an anesthetic for ruptured ectopic pregnancy (at two months gestation) I was handed what I believe was the smallest living human being ever seen.

The embryo sac was intact and transparent. Within the sac was a tiny (approx. 1cm) human male swimming extremely vigorously in the amniotic fluid, while attached to the wall by the umbilical cord.

This tiny human was perfectly developed, with long tapering fingers, feet and toes. It was almost transparent, as regards the skin, and the delicate arteries and veins were prominent to the ends of the fingers.

The baby was extremely alive and swam about the sac approximately one time per second, with a natural swimmer’s stroke. This tiny human did not look at all like the photos and drawings and models of ’embryos’ which I have seen, nor did it look like the few embryos I have been able to observe since then, obviously because this one was alive.

The swimming human was observed by the Head Surgery nurse and our children, who were called out of school to observe such a unique phenomenon. When the sac was opened, the tiny human immediately lost its life and took on the appearance of what is accepted as the appearance of an embryo at this age.

Six months later, at a lecture in embryology at Harvard University, I had occasion to ask the approximately 150 physicians present whether any had witnessed such a phenomenon. All were amazed and none had seen nor heard of such an event…”